A Procedure Performed Since the 1970s

Although cosmetic and medical labiaplasty has been performed since the 1970s, it remains a relatively unknown procedure. Compared to breast augmentation or rhinoplasty, many women may not be aware that there is a surgery to change the appearance of the labia. 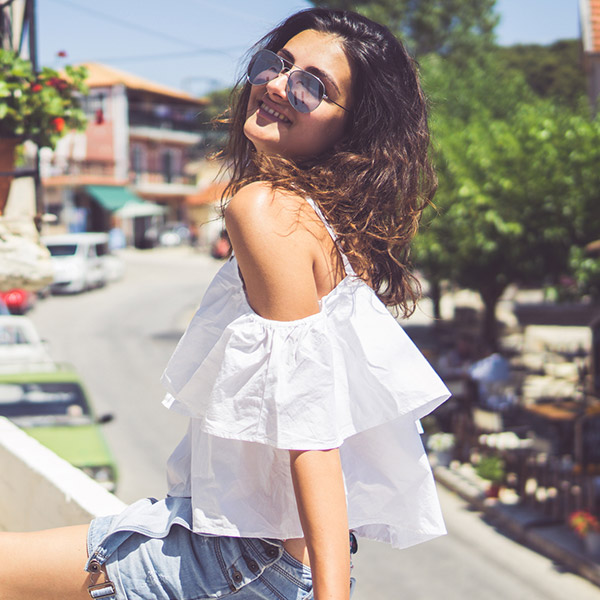 Labiaplasty is a surgical procedure designed to enhance the appearance and proportions of the labia majora and minora, together known as the vulva. Most commonly, women suffer from labial hypertrophy, which is when either the labia minor or labia majora are enlarged. Three different techniques can be performed, sometimes in combination, to address labial hypertrophy. These techniques – trim resection, wedge resection, and clitoral hood reduction – can be read about in more detail below. During the consultation, Dr. Bajaj will work with you to determine the best technique to fit your body and lifestyle. All techniques involve removing a section of tissue from the labia and suturing it back together for a more aesthetically pleasing appearance that will also minimize or eliminate uncomfortable side affects you have suffered due to an enlarged labia.

It is important to note that most women do not require labiaplasty and it is considered an elective procedure. It is normal for the labia to be asymmetrical, and many women with labial hypertrophy will never require surgery or will choose not to pursue surgery. However, other women who suffer from labial hypertrophy may experience some uncomfortable side effects and be good candidates for a labiaplasty procedure.

Is Labiaplasty Right for Me?

At Bajaj Plastic Surgery in Oklahoma City, OK, we understand that the decision to undergo labiaplasty is a personal one, and Dr. Bajaj works closely with every individual to determine if they would benefit from the procedure and which technique would be right for you.

When women have an enlarged labia majora or labia minora, they may experience uncomfortable side effects that can be both physically and emotionally painful.

Some of these side effects may include:

Not all women with labial hypertrophy will experience these side effects, including those with only mild labial hypertrophy or labial majora hypertrophy. The labia minora is more sensitive than the labia majora, so most women who choose to undergo labiaplasty have enlarged labia minora. However, not all vulvas are alike and at Bajaj Plastic Surgery we welcome all women who are interested in the procedure to come in for a private consultation.

Good candidates for labiaplasty are nonsmokers who suffer from labial hypertrophy and experience any of the aforementioned side effects, including hygiene issues, irritation, or embarrassment. There are many reasons why women may have labial hypertrophy. It may be genetic, or it may develop following puberty or pregnancy. In some rare cases, it may also occur due to trauma or injury to the area. We recommend that women wait to undergo labiaplasty until after they have completed puberty. The best way to determine if one is a good candidate for the procedure is by scheduling a consultation with Dr. Bajaj at her office in Oklahoma City.

There are three different techniques that Dr. Bajaj may perform, sometimes in combination, to correct labial hypertrophy.

Prior to the surgery date, you will be provided with a checklist of items to complete. Some of these may include: if you smoke, you should quit at least three weeks before the surgery date, stop taking anti-inflammatory drugs, including aspirin and ibuprofen, two weeks before surgery, pick up any medications that Dr. Bajaj prescribes in a timely manner, make arrangements for somebody else to give you a ride home following the procedure, and shave or wax the pubic area 2-4 days before surgery.

A labiaplasty procedure can be performed under local or general anesthesia, depending on your preference and techniques to be utilized. Prior to surgery, Dr. Bajaj will mark the predetermined incision locations. Once in the surgical room and after the anesthesia has been administered, Dr. Bajaj will make the appropriate incisions and remove the desired amount of tissue. Then, she will suture the incisions closed and bandage the area properly. The entire procedure typically takes about 1 hour. You should make arrangements for somebody to drive you home after the surgery.

Recovery Process After a Labiaplasty Procedure

Swelling from the procedure will lessen over the course of 4-6 weeks, and full recovery from labiaplasty can take 1-2 months. Immediately following the procedure, you should also expect some bruising and slight discomfort. You will be provided with prescription medications to help ease this discomfort. For the first few weeks following surgery, you should keep the area clean and dry. You should not wear any tight-fitting clothing and should avoid activities such as bike riding that will cause friction. Sexual activities should be avoided during the first month of recovery. Dr. Bajaj will provide you with a customized recovery plan that will include when you will be allowed to resume activities such as strenuous exercise and intercourse. You are required to come in for follow-up appointments after your surgery so that she can make sure that you are healing properly.

Cost of a Labiaplasty Procedure

At Bajaj Plastic Surgery, we don’t believe that there is ever a “one size fits all” approach to cosmetic surgery. We work closely with you, considering your anatomy, lifestyle, and goals, to develop a personalized surgical plan. Since labiaplasty is such a highly customizable procedure, with factors including anesthesia and technique, the cost will vary; however, the general price range is between $4000.00-$7000.00. To receive a detailed price quote based on your unique needs, please contact Dr. Bajaj at her Oklahoma City office to request a consultation and if labiaplasty is right for you!

Prior to scheduling surgery, you are required to have a consultation with Dr. Bajaj. During the consultation, Dr. Anu Bajaj will talk to you about your concerns with the appearance of your vulva. She will also ask you about any physical or emotional discomfort that you experience due to the appearance of your labia. She will then conduct a physical examination to determine if you suffer from labia hypertrophy and if you would be a suitable candidate for labiaplasty. Labiaplasty is an important procedure that should not be considered lightly. At the time of the consultation, Dr. Bajaj will inform you of the risks involved with the surgery. There are risks with any surgery. For labiaplasty, some of the specific risks include bleeding, scarring, or change in sensitivity. After determining the right technique for your case, Dr. Bajaj will be able to draw up a personalized procedure plan for the surgery. She will go over all the details of the surgery with you, including customized preparation and recovery information.

Back to the top